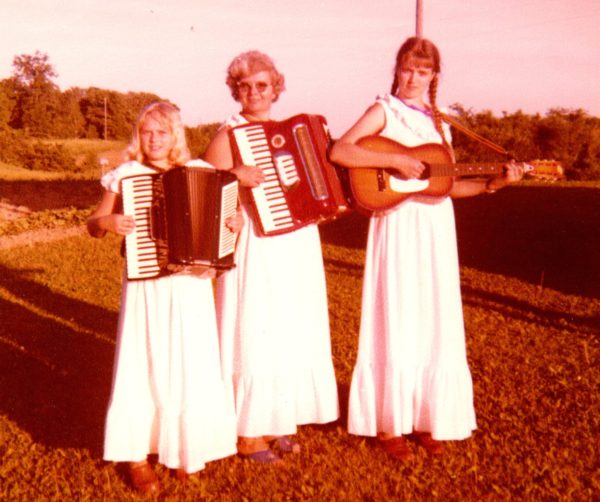 The band, featuring Becky Livermore on accordion and vocals, has been performing throughout the United States since 1988. People remember the band best by two things: Becky’s bare feet! She started playing barefoot simply because it was more comfortable than playing with shoes on. People seemed to think it was pretty funny and have really come to expect it. Now the ‘barefoot’ motif is on almost everything they have, like their music stands, posters, and custom made mugs and t-shirts.

You may be wondering why they’re called Barefoot Becky & the Ivanhoe Dutchmen? Obviously, “Becky”, because it’s her band; “Ivanhoe” was the road she lived on when she was growing up and still lives on today; And “Dutchmen” because all the other bands she had listened to at the time were using it!? Hey, she was only 18 when this all happened.

It all started when Becky’s mom and dad took the family to polka dances in Swisher, IA. They would carry the kids around the dance floor until they were old enough to walk and learn to dance themselves. Becky loved to dance, but was always just as interested in the bands and would sit by the stage to watch and listen.

In 1980, when she was ten years old, Becky took her first accordion lesson from Esther Zvacek. Easther was an elderly lady who still only charged a dollar for a lesson! Becky was very close to her teacher. Both Becky and her mother would go over to Esther’s house every Friday night for supper before having their lessons. Her mom even kept a garden there for Esther and Becky mowed her lawn.

Becky loved to play the accordion and would practice for hours each day. Sometimes she’d go outside to get away from her brother and sister’s complaining. This had to have been where playing barefoot came from. Those kids rarely wore shoes around the farm. It just seemed second nature to go everywhere and do everything barefoot. Why should playing the accordion be any different?

They had a good friend that lived down the road who ran a polka band. When Becky started taking accordion lessons, she would always go over to his house and play for him and tell him she wanted to play in his band. He kept saying, “When you get good enough you can.” At the age of 12, she played her first job with Ed Ulch & The Jolly Bohemians from Solon, IA.

When Becky was 17, her teacher became ill, so she quit taking accordion lessons. She was still playing with the Jolly Bohemians, but there was something missing. She still wanted more! Jobs became fewer and fewer with Ed’s band. His health wasn’t allowing him to continue as he used to and retiring became a new subject for him. As soon as Becky heard this, she decided she’d like to have her own band. She told Ed to let her know when he was going to quit because she wanted to buy his library of music. Well, he called sooner then she thought. In 1988, when she was still a senior in high school, Ed told her to come over to his house. When she got home that night, she had a library of music and a couple dance jobs lined up that Ed previously booked. This was great, but she had no vehicle, no sound system, and no players!

Luckily, Becky had gotten to know and become good friends with many musicians. All of them had played in Ed’s band at one time or another. Ed let her use his sound system until she got her own, and her dad’s boss was selling his van, so that became her transportation. Slowly but surely things came together and Barefoot Becky & the Ivanhoe Dutchmen have been playing ever since. 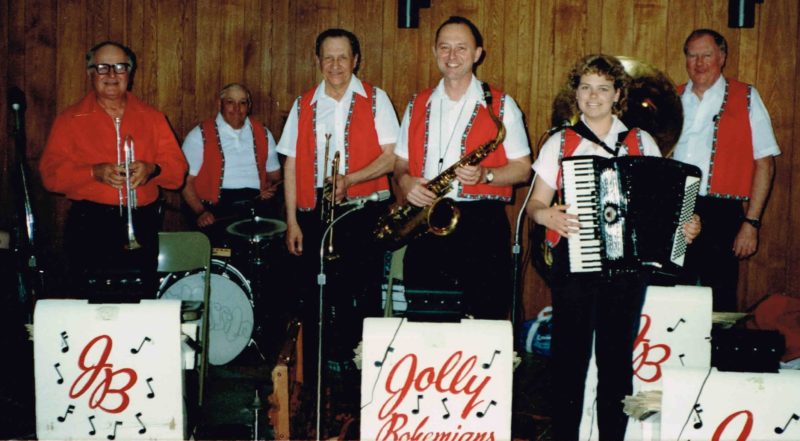